Meet The Board of Education

(Term expires December 2022)
School Board Office: (909) 971-8200 Ext. 5101
Email: bahmanou@bonita.k12.ca.us
Derek and his wife, Chaniga, moved to San Dimas in 2011. They have two children, Abigail Marie and William Amnuay, who attend Ekstrand Elementary. The Bahmanous attend One&All Church, a local church with great preaching and inspiring worship music. Derek loves being a parent, a husband, and he considers himself very fortunate to live in such a wonderful community. In 2018, Derek was installed as a Governing Board Member.

Derek’s educational career began at Mt. SAC. In his time at Mt. SAC, Derek played water polo and was on the speech and debate team. Derek received a BA in religion from Vanguard University in 2002, and a MA in Education from National University in 2010. Before becoming a teacher, Derek worked in a variety of jobs, including a mover at Mayflower, Youth Director at WCCC, an AOD supervisor at the Trinity El Monte campus, a general manager at a Subway restaurant, and a substitute teacher. Derek's top priority is seeing Bonita USD provide students with a rigorous and well-rounded education in an encouraging environment. This includes expanding the trade education pathways.
As an 8th-grade science teacher in Baldwin Park, Derek has been involved in various activities on campus such as AVID coordinator, leadership, school site council, teacher and principal hiring committees, and various other committees as assigned. He has also been a nonvoting union representative on a health benefits committee.
In addition to serving on the Bonita USD's Board of Education, Derek is a member of the San Dimas Masonic Lodge and represents Bonita USD on the La Verne-San Dimas Educational Foundation.
He considers himself extremely fortunate to have the opportunity to give back to the communities that have given so much to him and his family.
In his down time, Derek enjoys hiking, watching documentaries, and spending time with family and friends. Derek and his family enjoy travel, Disneyland, Angels baseball, theater, movies, comedy, and dining at many amazing local restaurants.
Glenn Creiman 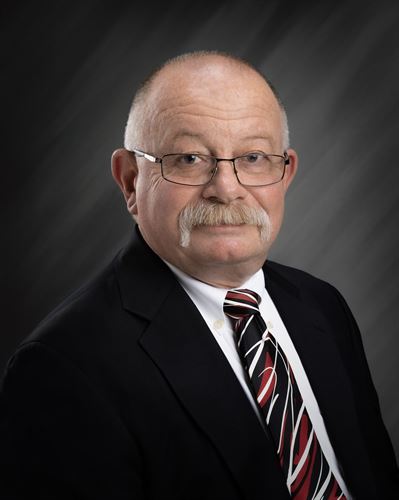 It is a great privilege and honor that the communities of La Verne and San Dimas have shown their trust in me to serve as a Governing Board Member for the Bonita Unified School District for 17 years.  My family and I have lived in San Dimas since 1987, and both my children are proud graduates of Bonita Unified.
I retired from the Los Angeles Fire Department in 2016 after 35 years serving the communities of downtown Los Angeles, East Los Angeles, and South Central Los Angeles primarily.
My involvement with Bonita Unified began when my son entered kindergarten. Before being elected to the Board of Education, I served as a classroom parent volunteer, school site council member, and school site chairperson. I also became the first male Bonita PTA Council president in BUSD history - a position I held for three terms.

One principle that has guided me from the very beginning, and I still rely on when making every decision, "Is this the best possible choice for our children?" I believe every decision our District makes must be made with this premise in mind and to account for the interests of our other stakeholders, such as employees, parents, and the citizens of our communities.

Bonita Unified is a great district with wonderful students, outstanding staff, and involved parents. Together, we can make it even better.
Greg Palatto

Greg lives in La Verne with his wife Joanna, a 3rd grade teacher.  They have two children, Ryan, who attends Ramona Middle School, and Taylor, who attends Grace Miller Elementary.  The Palattos enjoy camping, running & obstacle course races, travelling, and spending nights at the baseball field watching their kids little league teams or rooting on their Dodgers.
Originally born in New York, Greg came to California while in school.  He received his Bachelors Degree from UCLA in Psychology with a minor in Business Administration.  He received his Masters Degree in Educational Psychology & Counseling, with a focus in Marriage & Family Therapy, and a Pupil Personnel Services Credential in School Psychology.  Greg has served as a school psychologist for 20 years, currently working in neighboring Charter Oak USD.  He also currently serves in leadership positions with the State Council of Education for Student Support Services, and with the California Department of Education Social Emotional Learning Task Force.
Greg is very active in the community in the local area.  He is an officer of the San Dimas Masonic Lodge and a member of the La Verne Rotary Club.  He also enjoys helping coach his children’s teams with La Verne Little League and La Verne Girls Softball Association, working behind the scenes to support the Grace Miller Harvest Fest, and guest speaking at the University of La Verne School Psychology graduate program.
Greg’s priorities for Bonita are to keep a positive culture among the district, to champion mental health programs & supports, and to broaden trades and career pathways for our students.  Long term positive outcomes for all students are a passion for which Greg advocates.
Greg is very thankful to be able to serve his community and share his experience of educational and mental health leadership with the Bonita USD.
Greg was installed on December 11th, 2020 as a Governing Board Member.
Jim Elliot

Jim Elliot, Member
(Term expires December 2022)
School Board Office: (909) 971-8200 Ext. 5101
Email: elliot@bonita.k12.ca.us
Jim Elliot was appointed to the Board of Education on September 15, 2021 to fill a vacant seat and he is grateful for the opportunity to serve the children and communities of Bonita Unified once again.  Jim has lived in the district with his wife Susie, since 1988 and his two children who attended district schools from K through 12, with one graduating from San Dimas High School and one graduating from Bonita High School.
Jim has a Bachelor’s degree in Industrial Arts and Photography, and a Master’s degree in Organizational Management.  He is the CEO of California Correction Health Care Services with over thirty years of health care administration in non-profit community-based hospitals, a health science university, community clinics, and prison-based health care for the State of California, prison system.
Community service has been a part of Jim’s life from a very young age and he believes that we have a duty to serve.  He has been on several community organizations including the San Dimas Human Service Parks & Recreation Commission, the San Dimas Festival of Arts, the Historical Society, the Juneteenth Committee in the City of Pomona, and as a board member for McKinley Family services.  He has been active in the Boy Scouts, Little League, youth soccer, and the San Dimas Methodist Church.
Jim is deeply committed to serving in partnership with the cities and stakeholders of Bonita Unified, in continually building excellence in all that we do in an effort to provide access to our children’s dreams for the future.
Chuck Coyne

Chuck Coyne, Member
(Term expires December 2022)
School Board Office: (909) 971-8200 Ext. 5101
Email: coyne@bonita.k12.ca.us
Chuck was elected to the Bonita Unified School District Board of Governors on November 8, 2005. He graduated from nearby Montclair High School in 1970, and attended Chaffey College and Citrus College, enroute to earning his Bachelor's Degree in Communications from California State University, Fullerton in 1976.  He has worked in the publishing industry for over 30 years, and owns a magazine publishing company based in San Dimas.

Chuck and his wife Janette have lived in the district since 1992, and their daughter graduated from San Dimas High School.  Chuck's activism and involvement with the school district began when his daughter was attending Gladstone Elementary School.

Serving as a member, and then as chairman of the School Site Council, he helped the group provide guidance and support to the school, working with school staff and management to implement innovative programs.  He was also active in the Gladstone PTA as Vice President-Ways and Means, and was selected as the Bonita District PTA Parliamentarian.
Student Board of Education Representatives

Student Board of Education Representatives
title

Please use the following link to send an email to all members of the Board of Education and Superintendent:
Board of Trustees & Superintendent
A Board member may respond, as appropriate, to an electronic communication received from a member of the community and should make clear that his/her response does not necessarily reflect the views of the Board as a whole. Any complaint or request for information should be forwarded to the Superintendent in accordance with Board bylaws and protocols so that the issue may receive proper consideration and be handled through the appropriate district process.

Like other writings concerning district business, a Board member's electronic communication may be subject to disclosure under the California Public Records Act.
Non-Discrimination Policy
Copyright © 2017 Bonita Unified School District and its licensors. All rights reserved. Website Developed By
CatapultCMS™ & EMS™. | Log In